Whisk to the jungles and waterfalls of the Dominican Republic. Dip in the crystalline waters of Half Moon Cay, their award-winning island. A roundtrip cruise from Ft. Lauderdale.

Located on the Dominican Republic's north coast, the port of Amber Cove, near Puerto Plata, is a new phenomenon. Built in 2015, the area was fashioned as an homage to the country’s colonial architecture and features restaurants, bars and shops, as well as an activity center, a pool and cabanas. But it’s the neighboring region, known as the Amber Coast for its plethora of the semiprecious stone, that’s this port’s true draw. Along with golden-sand beaches and dramatic cliffs, there's the city of Puerto Plata, one of the Caribbean’s oldest, founded in the early 1500s. Another nearby option is Santiago de los Caballeros, known locally as simply Santiago, about an hour's drive from the port. The second-largest city in the Dominican Republic, it is home to excellent museums, historic buildings and cigar and rum makers.

Christopher Columbus landed in Puerto Plata in 1492, naming it Port Silver because of its shimmering coastline. Before Columbus arrived, food played a major role in the enjoyment of life on this beautiful coastline and, thankfully, little has changed in this regard. Today, you'll explore a realm of historic landmarks, breathtaking views, legendary cigars and delicious, straightforward food.

A panoramic drive takes you along the waterfront, passing some of Puerto Plata's most important sites. Watch for the San Felipe Fortress, built in 1564 to protect the city from pirates. Visit the San Felipe Cathedral and Plaza Independencia -- the city's central park -- make for a pretty cityscape.

For cigar aficionados, the Dominican Republic is nirvana. Tobacco cultivation here dates back to the time of the Taíno -- the indigenous people of the Caribbean. Cuban tobacco growers settled here in the 20th century, taking the quality to the next level. One of the finest places to sample cigars is at a local Cigar Club located in Puerto Plata where you will take a behind-the-scenes peek at the manufacturing process.

Enjoy a taste of Dominican chocolate while visiting the organic chocolate factory where you can watch a video showing the production process from the tree to the final delicious product.

Visit the Macorix Rum Factory and learn about the elaborate process to create one of the most popular rums in the country. Enjoy a rum tasting before enjoying lunch at a local restaurant.

The Dolphin Swim at Ocean World is a 20-minute swim with a playful dolphin in deep water.

Your experience begins with a brief orientation; then you will enter the water to learn about dolphin behavior. Hug and feed the dolphin. An amazing ride through the lagoon and swimming with your new dolphin buddy will be the highlight of your trip.

Day Pass visitors will also have the opportunity to snorkel in the Tropical Reef Aquarium, learn about marine mammals, feed exotic birds, walk through a tropical rain forest.

You have free access to the dolphin beach-lagoon and the fresh water oasis located at the Pirate’s Pool. 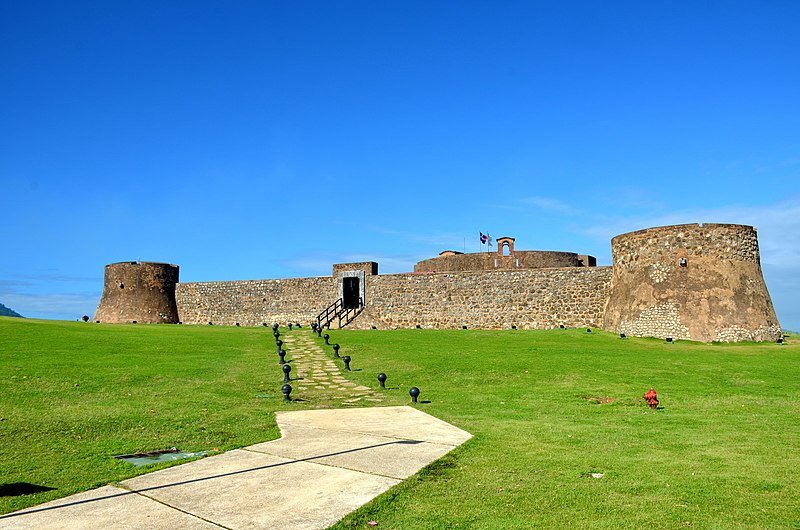 A panoramic drive takes you along the Malecón (waterfront) to see the San Felipe Fortress. Built in 1564, the fort was intended to protect the city from pirate activity.

View the San Felipe Cathedral, Independence Square and some quaint Victorian houses as you pass through town.

Next headed to Cabarete, where lunch will be served and some free time allowed for swimming or sunbathing at the beautiful Cabarete Beach.

Stay dry while exploring Half Moon Cay’s undersea world aboard a new, fully enclosed, air-conditioned, state of the art glass-bottom boat. This vessel is equipped with two viewing areas as well as an open-air top deck, perfect for soaking up the warm Caribbean sun.

Cruise on the beautiful turquoise waters while hearing tales of the history of Half Moon Cay as told by your helpful crew.

Through each viewing area, take a glimpse into the blue and become immersed in a sea garden of different species of corals such as elkhorn, staghorn, fire coral, and brain coral.

While cruising back to the marina, your helpful guides will identify points of interests surrounding Half Moon Cay.